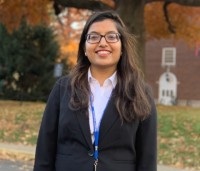 Suzuki-Miyaura (S-M) cross-coupling reactions employed with an aryl halide, organoborate, base, solvent, and a palladium (Pd) catalyst are widely employed in the applications of organic syntheses, but the mechanism behind the active species of the catalyst remains taken for granted. Although the catalyst used in such homogeneous system is usually a Pd(II) derivative, careful interpretation of the literature states that the active species of the catalyst is Pd(0). However, the active species of Pd(0) is still under debate. Moreover, surprisingly little is known about the mechanism of how Pd(II) is reduced to Pd(0), which species is the reducing agent, the formed oxidized product, and the local coordination environment of the Pd catalyst. Herein, we present a comprehensive study of the reduction of Pd(II) to Pd(0) in a homogeneous S-M reaction system comprised of bromobenzene, phenylboronic acid, KOH, Pd(II) nitrate dihydrate, and water/ethanol solution using X-ray Photoelectron Spectroscopy (XPS). Our analysis showed that the active species is Pd(0) formed by the reduction of Pd(II) using ethanol in conjunction with the base, and that the oxidized species formed is an acetaldehyde. After multiple runs of the reaction, the relative percentage of Pd(II) increases while that of Pd(0) decreases making the catalyst inactive after four runs of the reaction. The catalysts in these runs were divided into four types for characterization: the catalyst, Pd(II) nitrate dihydrate itself; one after mixing all the precursors prior to the reaction, which is the active catalyst; one after the second reaction with 65% conversion, and the fourth inactive catalyst after four runs until 0% conversion. TEM results suggest that in the active catalyst
where the oxidation state of Pd is 0, the average size of the particles is 3.27 + 0.53 nm with a round morphology. As the catalyst is inactivated, particles become larger and agglomerated with an average size of 7.19 + 1.28 nm with a cylindrical morphology. X-ray absorption spectroscopy suggests that while the four catalysts maybe oxidized, the major contribution in their local coordination environment is contributed by the metallic Pd. The active and the inactive catalysts are also compared and characterized based on their absorbance, crystalline structure, particle size, elemental analysis, and metal oxide stretching frequencies.

Priya Karna is a third year graduate student in the Department of Chemistry where she works with Dr. Yang . Her work deals with the in-situ production of catalyst using laser ablation. Originally from Nepal, she did her undergraduate in Biology at Union College in Barbourville, KY, where she graduated in May 2017.