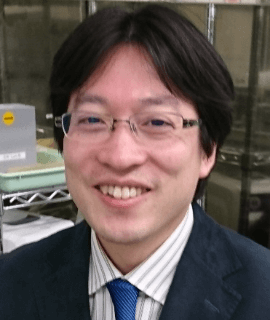 In recent years, the industrial importance of Li has increased due to its use in Li ion batteries. I propose new method for recovering Li from used Li-ion batteries (LIBs) by using Li separation method by ionic conductor; LiSMIC.

Li0.29La0.57TiO3 (LLT) was selected as the Li separation membrane. Then, I demonstrate that the use of an acid-processed LLT enables us to efficiently extract Li from an Li-containing solution with high alkalinity owing to the Li adsorptivity on the surface of the LLT. The adsorptivity is generated by an ion exchange between Li+ and H+, and the closest known chemical composition of the adsorbent is found to be Ti0.98O1.892(OH)0.108. When the mixed alkaline solution of 0.1-M LiOH, NaOH, and KOH is used for the Li extraction test, the acid-processed LLT (LA–LLT) exhibits superior extraction rate than the unprocessed LLT. It extracts almost all Li from 200 ml of the solution in 72 h, and the maximum recovery speed reaches 3.5 mg/h, which corresponds to 13.5 mA of the electric current associated with the Li permeation through the LA–LLT membrane with a 16-cm2 area.

I also examined industrial application, such as a used LIBs solution, and the extraction was possible. Thus, LiSMIC is most suitable for the Li recycling of used LIBs.

Dr. Tsuyoshi Hoshino obtained his Ph.D. degree in engineering from the University of Tokyo in 2003. He joined the National Institutes for Quantum Science and Technology (QST) as a Senior Principal Researcher. He has also been involved in the R&D of lithium isotope separation and lithium recovery from seawater for Li-ion batteries as the project leader in Japan’s domestic program. He proposed his innovative lithium recovery technology for the funding program of the Next Generation World-Leading Researchers (NEXT Program) sponsored by the Cabinet Office of the Government of Japan, with an award of 1.6 billion Japanese yen (about 2M$) over 4 years. R&D efforts conducted under this program have been very successful, and this technology continues to attract major attention from electric vehicle developers and other industries using Li-ion batteries.