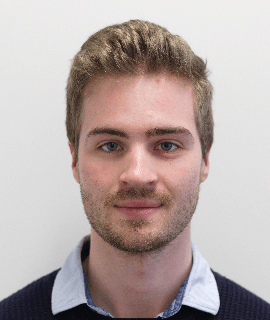 Lukas Ernst studied chemistry at the Albert-Ludwig University Freiburg, Germany and graduated as BS in 2018 with a thesis on reactive phosphane radical cations. He continued his studies in Freiburg, where he worked on highly reactive AuPt complexes. After a research stay at Siemens Energy in Munich (electrocatalysis), he graduated in Freiburg as MS with a thesis on novel MeOH catalysts and their oxidative fluorination.

He is currently a PhD student in the Krossing group in Freiburg, working on heterogeneous catalysis for MeOH synthesis and founded by DBU.

Title : Fluorination of Methanol Catalysts to improve Productivity and Selectivity